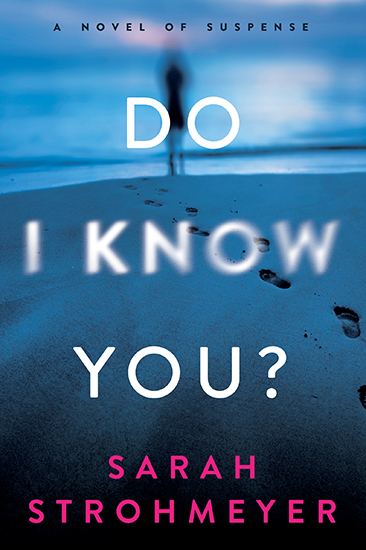 Do I Know You?

For readers of Lisa Jewell, Liv Constantine, and Megan Miranda, a lightning-paced psychological thriller about two women, a tragedy that connects them as teenagers, and the terrible reckoning that will decide their fates a decade later.

Jane Ellison is a “super recognizer” able to identify strangers by the slightest facial details—the curve of a head, the arch of an eyebrow. When she spies human rights activist and heiress Bella Valencia in a crowded Boston airport, Jane’s convinced she’s found the person responsible for her sister Kit’s disappearance and presumed death eleven years earlier. But her attempt to detain the suspect ends with Jane herself fired and humiliated.

As Bella prepares to marry Will Pease, scion of the uber-wealthy, influential, and ruthless Pease family, famous for their wholesome wellness and lifestyle brand, on their private Cape Cod island, she grows increasingly anxious that her dire secret will be revealed and used against her by—of all people—the man she loves.

She has reason to fear: Jane is ready to risk everything for the chance to publicly expose Bella’s crimes at her upcoming celebrity wedding. But the more she digs into what happened that night, the more she questions her own assumptions.

Combining magnetic, wise-cracking narration and a skillfully layered plot, Do I Know You? is a gripping psychological thriller and tale of redemption that reveals the power of a sister’s love.

Are YOU a super recognizer? Take the test

an Amazon Editors’ Pick
“There’s an anarchic quality that kept me reading, near breathless, until all assumptions were gloriously upended.”
—Sarah Weinman, New York Times Book Review
“Tense and suspenseful. . . . a shocking yet satisfying ending.”
—Booklist
“An entertaining suspense novel. . . . Strohmeyer knows how to keep the pages turning.”
—Publishers Weekly

“This riveting story of class warfare, ambition, and family loyalty—with the highest of stakes—will have you reading as fast as you can. Do I Know You? is everything a suspense novel should be.”
—Hank Phillippi Ryan, USA Today bestselling author of Her Perfect Life

“Incredible! A hard to put down read full of twists and turns. Just when I thought I had it all figured out, everything changed! An absolute must read!”
—Heidi McLaughlin, NYT bestselling author of FOREVER MY GIRL

“A fabulous read packed with suspense, unexpected twists, glamour and humor. Prepare to be gripped from the first to the last page!”
—Liane Moriarty, author of Big Little Lies and Apples Never Fall

“Gripping and emotionally resonant, Sarah Strohmeyer’s thrilling new novel introduces readers to a relentless heroine who’s driven by the power of sisterly love.”
—Alafair Burke, author of The Better Sister and Find Me