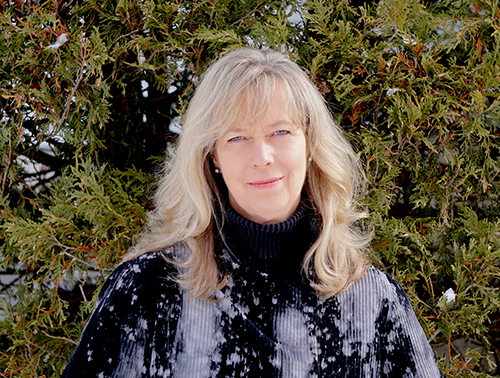 If you’re checking my bio because you’ve read—or are contemplating reading—one of my books, then yay! and thank you!

If you’re checking my bio because you’re a student-loan debt collector from the Pennsylvania Higher Education Assistance Agency, I regret to inform you of my tragic passing: please close PHEAA account #76 8233 9756.

In 1997, I wrote my first book, if you can call commentary on a collection of home-shot photos of Barbie in compromising positions anything close to a book. Barbie Unbound: A Parody of the Barbie Obsession was published by a small, independent lesbian/feminist press in Norwich, Vermont. My publishers, two elderly ladies, god bless ‘em, were the only ones with enough gumption to risk the wrath of Mattel and their guts paid off. Barbie Unbound was a national hit and I was featured, blinking and awkward, on CBS This Morning. This magnificent literary sensation appropriately became the most shoplifted book in America.

Clearly, I had found you, my people.

Barbie Unbound led to Bubbles Unbound, the first entry in a mystery series published by Dutton involving big-hearted, fun-lovin’, Camaro-driving hairdresser Bubbles Yablonsky set in a Pennsylvania steel town. I got the idea because I grew up in a steel town, Bethlehem, PA. Bubbles Unbound was very loosely based on the still unsolved murder of teenager Holly Branagan. Check it out.

Bubbles Unbound won a bunch of awards and spawned five or six more sequels, all noted for their excellent use of punctuation. After BUBBLES, I moved on to stand-alone “women’s fiction”—we are not even going to bother deconstructing that term—including The Cinderella Pact, a novel about weight loss that became the Lifetime movie, Lying to be Perfect. (Granted, a much better title. Why didn’t I think of that?)

Along the way, I had kids. In fact, I started writing books because after more than a decade as a crime reporter, my newspaper editor was whining and moaning about my having to take time off for trivial things like “kids being sick” or “kids being on school break.” I realized that, for the time being at least, raising children and running to fires at three a.m. (or, worse, court hearings at three p.m.) didn’t mix. So, after I put the kids to bed, I wrote. I wrote whenever I could steal five minutes.

By then, I was living in Vermont. How I got to Vermont after growing up in Pennsylvania, attending college in Boston (technically Medford, close enough), working for a newspaper in New Jersey and then Cleveland where I met my husband, got married, got pregnant and then taught at Case Western University is basically a saga of impulsive decisions, lucky breaks and unprotected sex. You know, life.

Since then, I’ve written 19 books, including a bunch of young adult titles for Balzer + Bray. My latest is We Love to Entertain, out April 25th. It’s a fast-paced, riveting psychological thriller that skewers our modern obsession with home renovation and fixer-uppers. My previous thriller Do I Know You? was published by HarperCollins in late 2021. It’s twisty, turny and partially based on my experience as a member of the terrorist watch list. (No kidding. I can’t get off it!)

Oh, by the way, I’m also the elected Town Clerk of my little Vermont town of Middlesex, a great honor and a lot of work that involves issuing marriage licenses, archiving land records and helping neighbors every single day. One of my duties is to oversee elections, so if you haven’t registered to vote and you don’t know how, shoot me an email and no matter where you live we will make that happen!

That is, unless you’re from the Pennsylvania Higher Education Assistance Agency, in which case I regret to inform you that email account has been closed. Please update your records accordingly.